What I’d like to talk about is a subject that I get a lot of questions on every year and it’s around whether or not I should side dress nitrogen.

And there are four factors that generally come into play when I discuss this topic with growers.
Where I try to start out is really just what’s the baseline nitrogen rate and type of nitrogen that the grower has. For instance, if you put on manure you’re expecting to use some of that nitrogen from the manure and it was put on in September when the soil was still warm, you know, you wouldn’t have as much nitrogen as if you put on anhydrous ammonia this spring with a stabilizer. So, there’s those things we have to look into.

The second thing is what’s the weather been like since you put on your nitrogen? I think most people understand that what can make nitrogen disappear really is rainfall, soil temperature, and as much of each of those you have. if your soils are cold and you didn’t get much rain, your nitrogen probably didn’t go very far. And so, we have to investigate that portion of it.

The next thing is really what kind of soils do you have? Different soils have different amounts of ability to hold that hold nitrogen. So, if you have a sandy soil, you’re going to probably have less likelihood of having nitrogen if you get a lot of rainfall versus more of a loamy soil.

And then finally, the crop maturity. You look at corn, you could probably plant a span of 10 different RM’s in your area. So, if you’re at a 99 day versus 109 day, you know, the hundred nine day is going to take at least another two weeks, generally in the fall, to make its grain and so that 109 day very likely would need more nitrogen later in the year. So, we would want to plan for that. 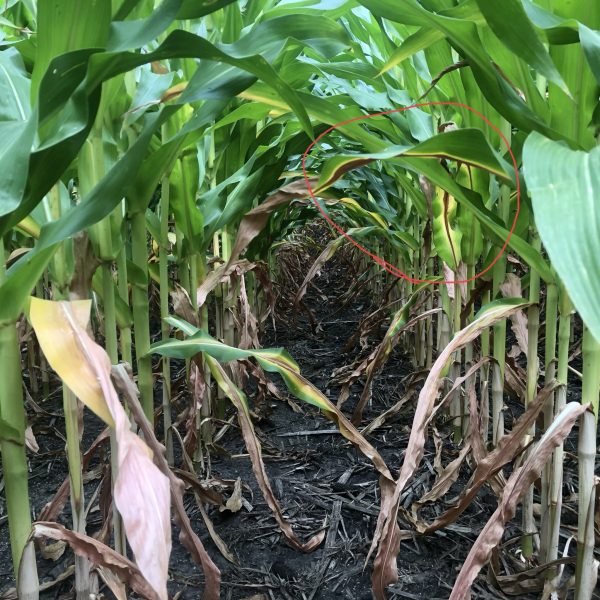 Of course, most growers have the question, “Well, what’s the return on investment? You know, if already put on my budget of nitrogen and then put on another 40 pounds, what do you what have you seen in the past?” And what I tell growers is, if I can visually see nitrogen deficiency at tassel and we put on another 30 to 40 pounds, it’s not uncommon at all to see a 20 to 30 bushel increase with just a little bit of moisture after we put that nitrogen off.

If you’d like to learn more about side dressing nitrogen and other important crop input decisions, please visit GrowersAxis.com and visit the Insights Library.

You may also give us a call at 515-249-1993 and get connected to a Grower Advisor and visit with them about your particular situation.

And most of all, thank you for watching this video and giving us an opportunity to work with you on your farm.